SDG 13 calls on us to take urgent action to combat climate change and its impacts.

As a global phenomenon, climate change does not stop at national borders. Nor are its impacts limited to individual policy areas, economic sectors, or social groups. International efforts to mitigate climate change must also take into account the numerous interconnections between these areas. 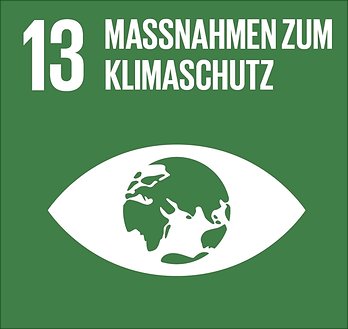 I have been researching issues of global climate governance for more than 10 years now and was an observer in Poznań (2008) and Copenhagen (2009) as well as at the Rio+20 United Nations Conference on Sustainable Development (2012). During the climate negotiations in Paris (2015), I headed a team of 15 researchers conducting ethnographic observation work. Our primary focus was to determine how such conferences help to coordinate the practices of various social groups. The results of this research were published by Routledge in 2017 (Aykut et al.: Globalising the Climate. COP21 and the Climatisation of Global Debates).

Additional research areas include the role of model-based “future knowledge” in national energy shifts (in particular in Germany and France) as well as attempts to institutionalize global ecological borders in various social sub-areas (in particular in the financial sector and legal system).

I first examined the topic of climate change in greater detail in my doctoral dissertation at the École des Hautes Études en Sciences Sociales (EHESS) in Paris. During this time, it quickly became clear to me that climate change is no longer just an environmental problem, but rather a complex global coordination issue in which different stakeholders and discursive frameworks compete with one another. Accordingly, finding possible solutions and initiating transformation processes are not the responsibility of politics alone, but also of science and civil society. The topic was thus not only of great personal interest to me, but was also well suited to bringing together various disciplinary approaches from environmental sociology, the sociology of knowledge, and political sociology.

As part of the sponsorship, I will be conducting an observation mission at the COP24 in Katowice and organizing a workshop (prospectively in February 2019) at Universität Hamburg on the topic of climate scenarios and climate governance. Both events will also emphasize networking with other members of the sponsorship team as well as with other internationally renowned researchers in the field of climate governance.

Climate change is a threat multiplier with a tendency to exacerbate existing problems in areas such as food production and global inequalities. At the same time, climate policy could potentially impact a wide variety of social sub-areas because implementation of the objective agreed in the Paris Agreement to limit global changes in temperature to 2°C (or ideally 1.5°C) would lead to radical changes in the traffic sector, the energy industry, agriculture, the structure of the global economy as a whole, and the definition of global development paths. Accordingly, this topic is closely interrelated to all of the other SDGs.

I have been interested in the limitations to growth since the 1980s. In the 1990s, while at the University of Marburg, I also became interested in connecting sustainability and peace discourse in the context of climate change and energy system transformation (conflict avoidance, integrated assessment, agent-based models, energy security, renewable energies, sustainable use of waste, tipping points). I have since continued my work at the Technische Universität Darmstadt, Potsdam Institute for Climate Impact Research (PIK), University of Illinois, and Universität Hamburg.

It is connected to several other SDGs including SDG 3 (Good Health and Well-Being), SDG 7 (Affordable and Clean Energy), SDG 11 (Sustainable Cities and Communities), SDG 14 (Life Below Water), SDG 15 (Life On Land), and SDG 16 (Peace, Justice and Strong Institutions).